Day 8: Black Bottle
An examination of how conclusions & theories change in light of new evidence

Objective: Students will understand that theories & conclusions change in light of new evidence.

Today students got the chance to see how their idea of how a black bottle works change as they collect more evidence from running multiple tests.

First we did a battery of tests that I conducted.  On each test, I poured in a specified amount of water, then tried to pour the contents out back into the beaker and measured the contents using the graduated cylinder.

The data table was filled out with the following tests & results while students must infer what the data / facts / observations mean:
Test set 2 (pg. 17)

After the students discussed their model & hypothesis of how the black bottle works & formulated an experiment to test their hypothesis, I ran the tests for them.  Below are some experiments and how they turned out.
After the first series of tests, groups of students are encouraged to draw their idea of how the bottle works (pg. 15) and give a brief possible explanation for a set of observations (ah hem... a Hypothesis).

As a class - I had each table discuss their models (drawings) and choose one they wish to represent to the rest of the class - and draw it on the dry erase board or in their notebooks, and then prepared to share with the rest of the class - how their design worked, and why they felt that way.
---
Next, as a group, they design an experiment based on their model to test their idea out (pg 16) .  I inform them that I will run the experiments in the front of the class for them, and that I will not to perform any dissections, nor are any students to see the bottle up close.  (This is essential!)

The group that is going is to state what it is they are testing and what their expected outcome is if their design is right.

Below are the results of some other tests.  ​
Here are a few pictures showing some of the experiments. 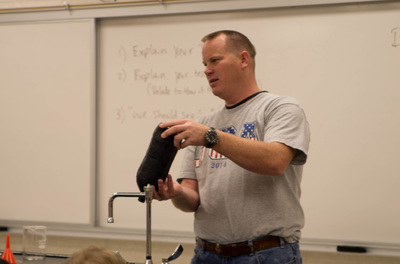 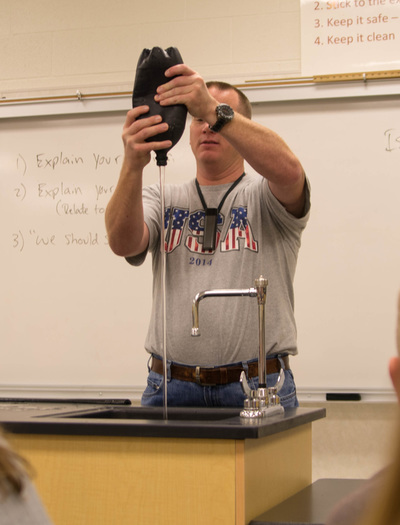 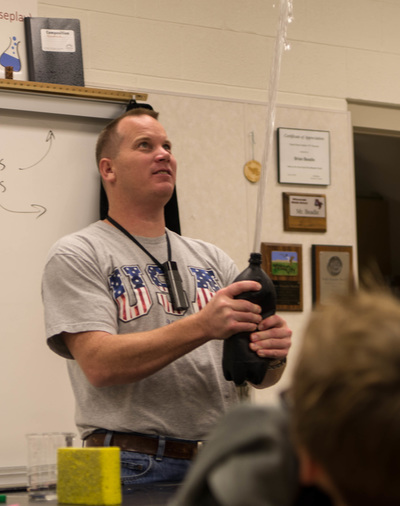 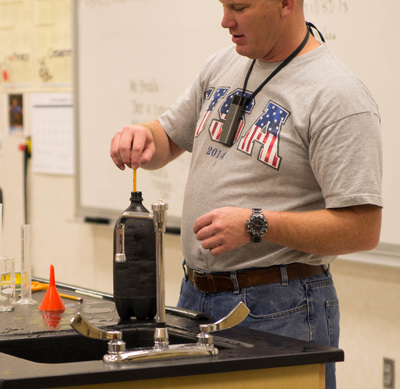 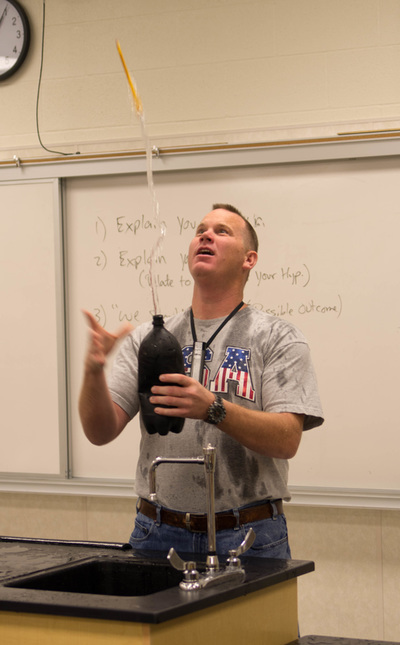 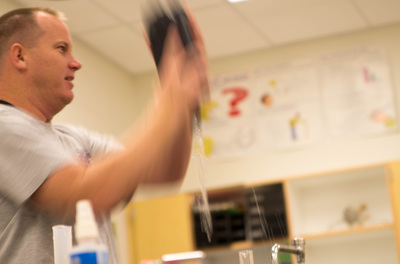 Students then drew a second model and provided another possible explanation to the side, and then answered the following 2 questions on page . 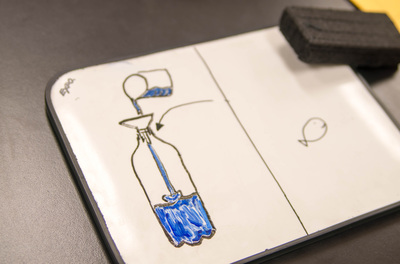 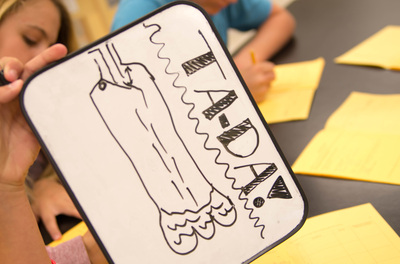 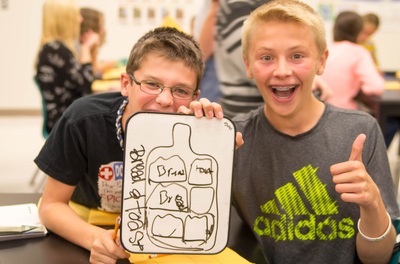 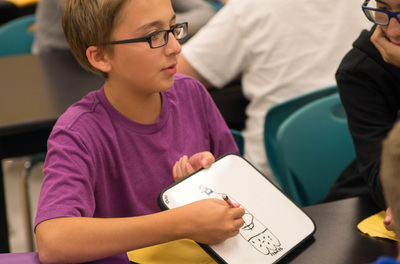 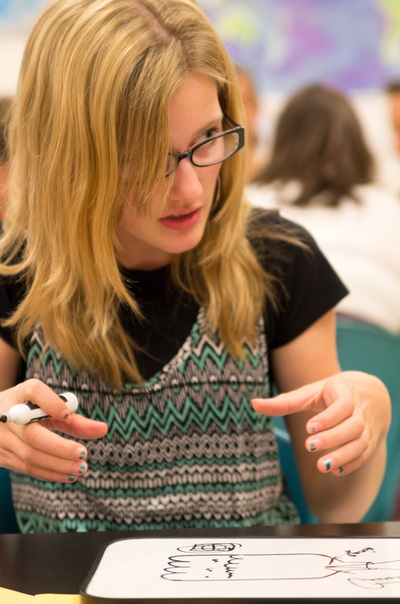 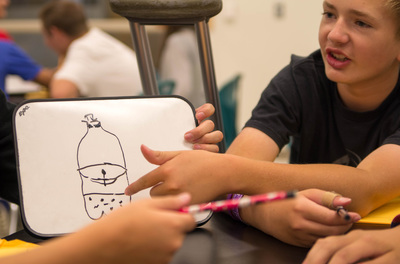