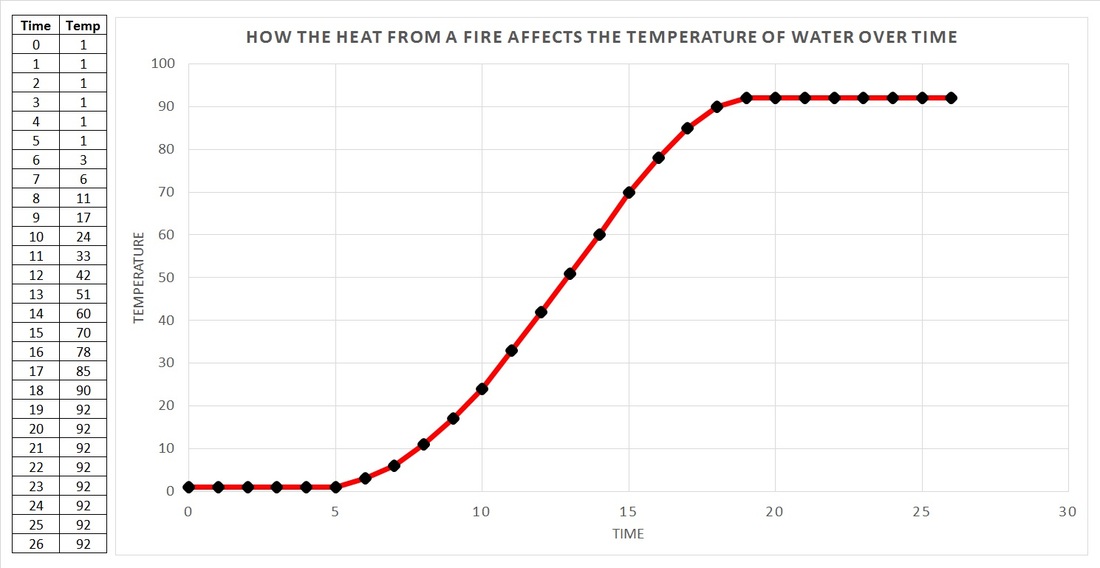 What you are seeing is the temperature change and what a phase and a phase change looks like on a temperature v. time graph.

The reason for this...

Let's take water as our example.

When water is below 0°C, the water is solid.  What this means is that the bonding attraction between each of the water molecules are stronger than the vibration of the molecules due to the low level of heat energy. 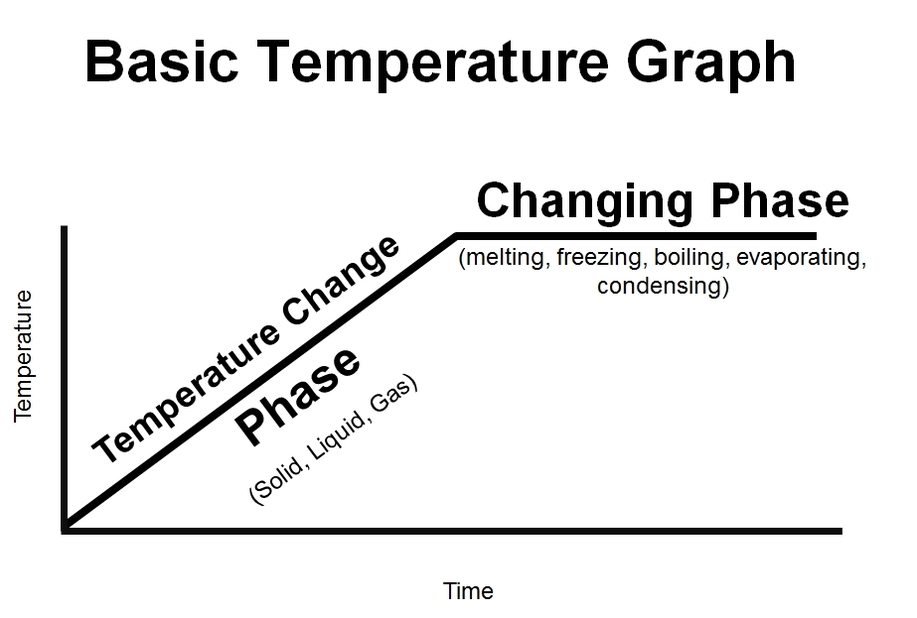 Anytime you see a diagonal line - it means change.  However, in this case, a change in what?  In this case, a change is a change in temperature.  So be careful when you see a flat line - because it too means change - but rather a change in phases!  In other words, the temperature of the substance is stuck until the phase of the substance has completely changed into another phase.  In other words, the liquid water was stuck at 100 degrees Celsius until every last drop of water was converted to steam.  Once it is all converted, the temperature can continue to rise.

The reason for this is explained by the pictures below. 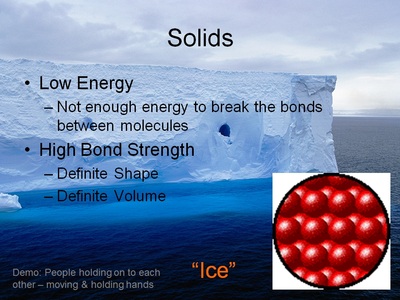 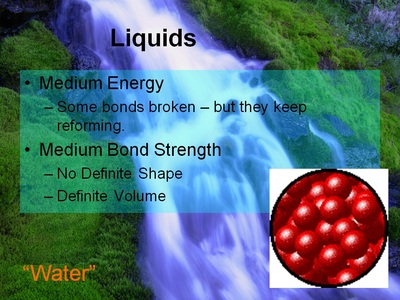 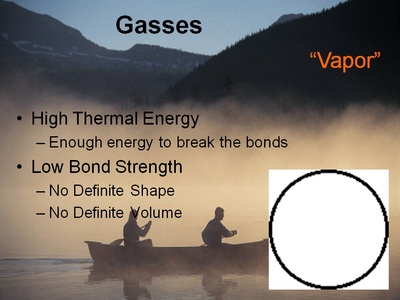 Each phase of matter is dependent upon the amount of thermal/heat energy the substance has in relation to the strength of the bonds between molecules found within the substance.

Solids, for instance, has a relatively low amount of thermal energy when compared to the strength of the bonds between each set of molecules found within the substance.  In other words, the attraction between the water molecules in solid ice is stronger than the vibration caused by heat.  Because the bonds are not broken, solids tend to have a definite shape and volume.

Gasses, on the other hand, the bonds have been entirely broken due to the level of energy being great enough to break them.

The reason why the temperature stops - even though in our boiling water lab experiment the fire was completely on the whole time - is because the heat energy that is being pumped into the water is going into breaking the bonds between the atoms instead of making the atoms vibrate faster.  And that's why you'll see a "temperature change" (such as solid, liquid, gas) as a diagonal line, and a "phase change" (such as melting/freezing, boiling, evaporation & condensation) as a flat line.  See the following graphs below. 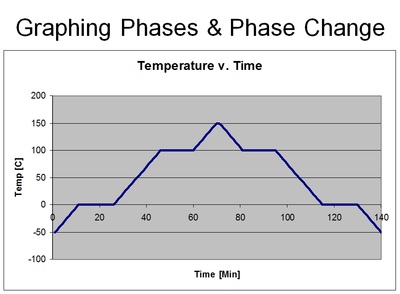 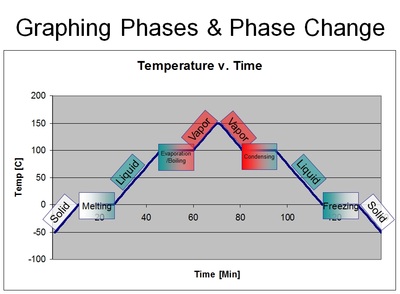 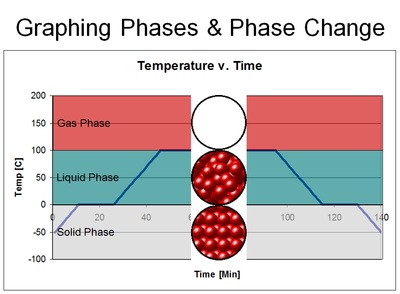