Force is equal to the Mass multiplied by the rate of acceleration.

Today's lab question: "How does mass of a box of books affect the distance it travels?"

The only materials you have to test this idea out is:

*an alternative version of this experiment is to use skateboards so that you can observe what happens to the pusher when he/she pushes the skateboard with books.

The question rephrased is "How does the number of books (mass) affect the distance the box stops after pushing (acceleration)".

Your hypothesis might look something like:
If I increase the mass of the books
Then the distance the box of books moves will decrease
Because as you increase mass, it makes it harder to push due to the increased number of atoms you have to push.


The Experimental Design is a rephrased If / Then statement - and it's written as a general idea of how you plan on carrying out your experiment.

i.e. What we're going to do is increase the mass of the books and push them across the floor and measure how far they go.

Use these pictures to make at least 2 observations.

Below are the steps to take and the data that corresponds to this experiment.
Step 1: Add 1 book to the box & push it. 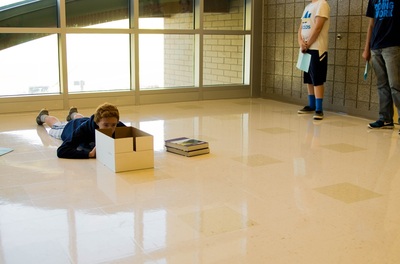 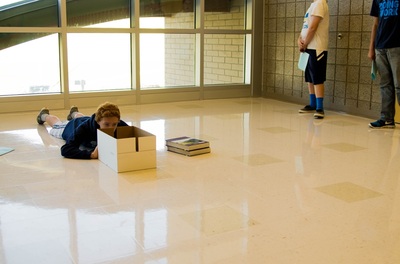 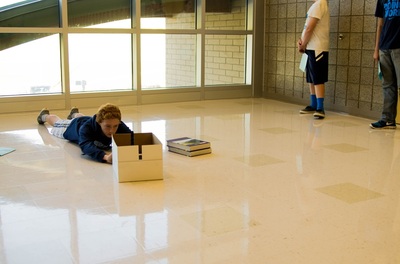 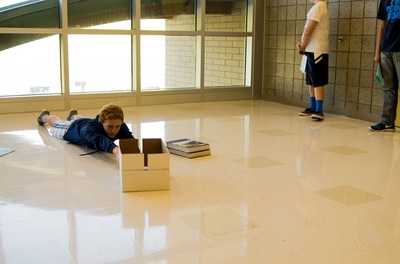 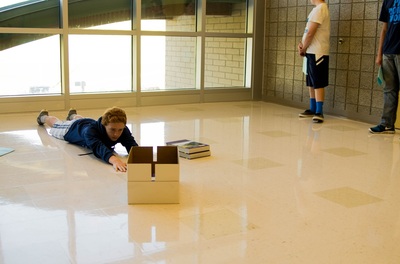 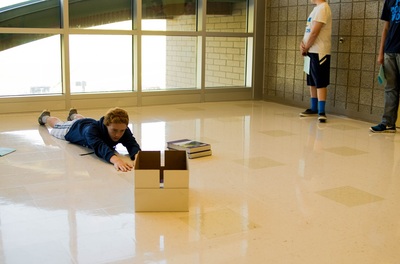 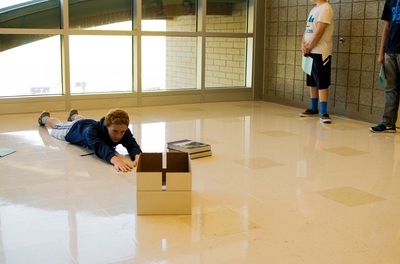 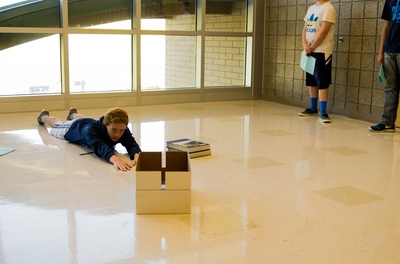 Based on this data, do at least 4 points of data analysis, then finish with your conclusion based on these findings.
Qualitative Observations:
In this experiment - I want students to observe what happens to the books in the box once the box is pushed - AND I want them to observe what happens to the pusher on the skateboard once the box is pushed.
Wrapping it all up.

I this lab - you will notice that as you add more books to the box, the more mass you have.  As you increase the objects mass, the harder it is to push it.  This is because of another property of matter called inertia.  Inertia is the resistance to the push.  In other words, it wants to stay put when it's at rest - or when it's moving, it doesn't want to stop - unless some other force, like friction, slows it down.

The reason the object wants to stay put when at rest is because of inertia.  Here is a video to help explain this basic effect.