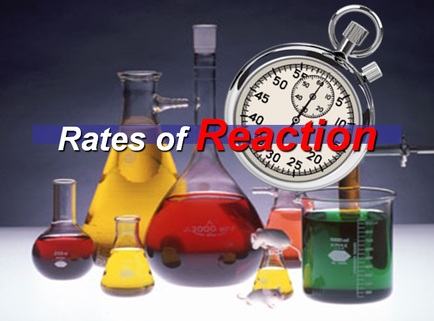 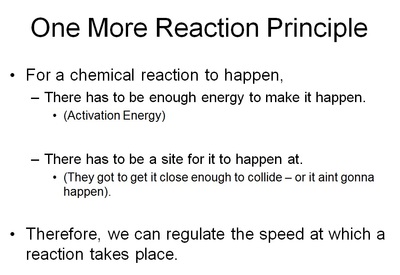 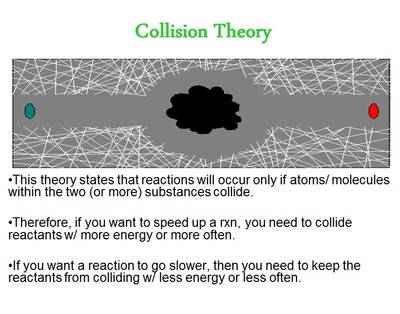 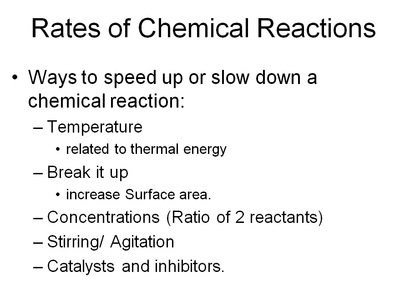 The rates of a chemical reaction are determined by the amount of energy and how often they collide more often.  To govern the rate of the reaction - there are 5 ways:
We did a salt race to see who could dissolve their salt the fastest. 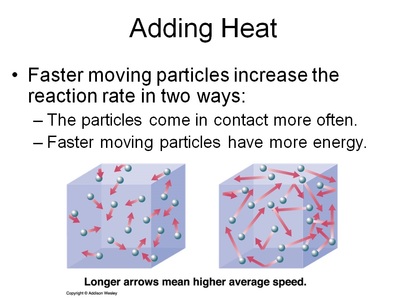 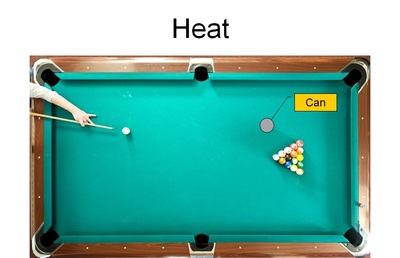 Increasing and decreasing heat during a reaction is a lot like trying to get a group of billiard balls to collide with a can on a pool table.

The harder you hit the Q-ball, the faster the other balls will move when hit – which will collide with the can more often.

When the molecules are hot, it’s like hitting the Q-ball hard, which get the other balls moving faster, which means that the balls will collide with the can more often and with greater force.​

When the molecules are cold, it’s like hitting the Q-ball soft, which doesn’t get the other balls moving fast at all – which means they don’t collide with the can very often at all, and with very little force. 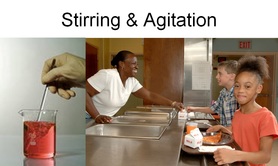 Stirring and agitation is a lot like the following story...

Imagine that you are in line to get your lunch, and the student in front of you got his lunch and then stands there.  You'd get a little frustrated wouldn't you?

Stirring helps to remove any old products so that new reactions can take place.  It's like shooing the student in front of you so that you can get your lunch.

Increasing the surface area by crushing it 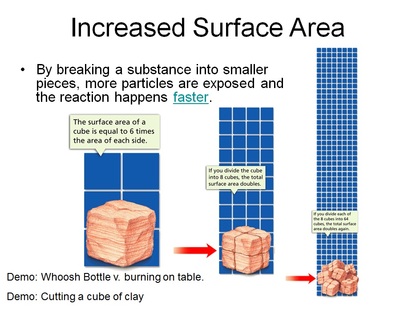 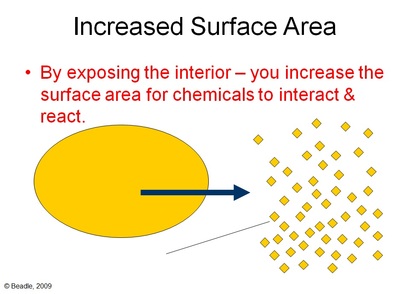 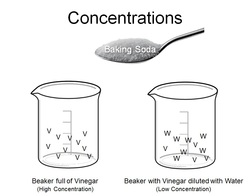 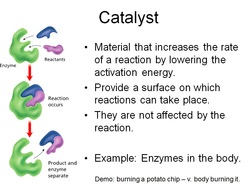 Enzymes in our body are a perfect examples.  Enzymes can help to break down material, and even extract out the energy.  You will learn more about enzymes in your upcoming Biology classes in High School.

Some examples might be a corrosion inhibitor and food preservatives.