To test this hypothesis out, I will set the dropper at 2 cm intervals starting at 2 cm to about 20 cm and count the number of drops the penny can hold.

Photos of Students running the lab described above 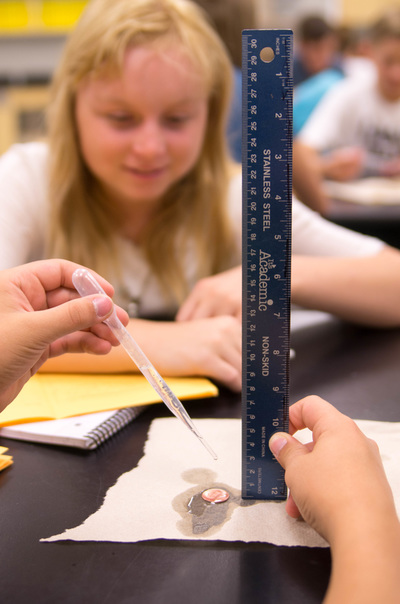 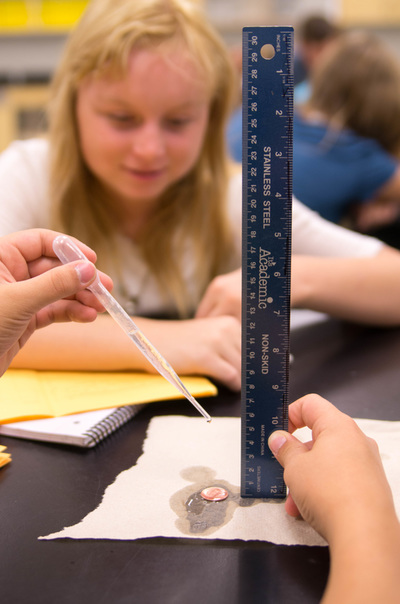 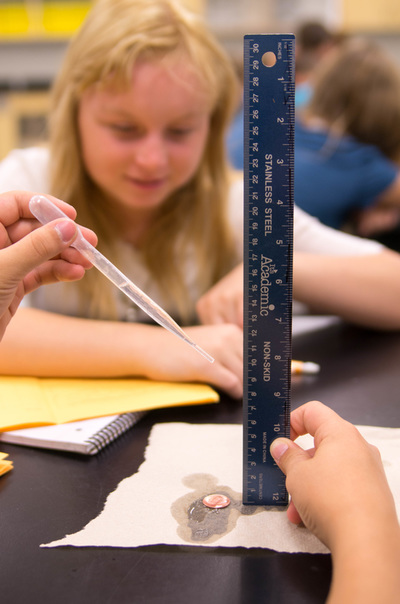 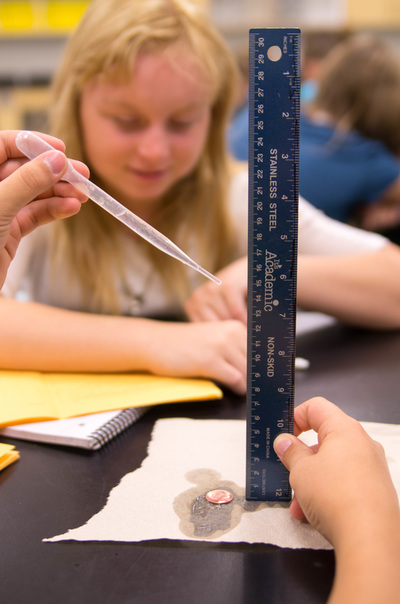 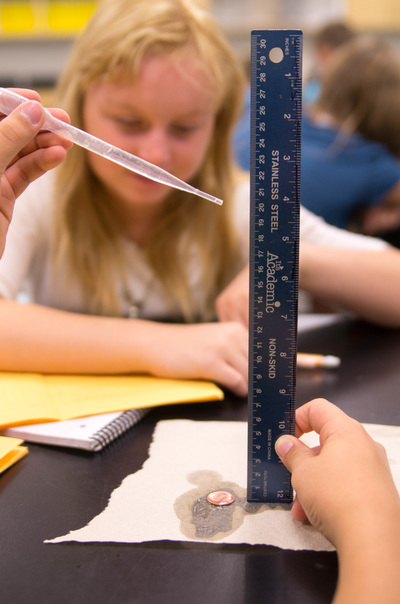 At this point in the write up students would then have run their experiments and collect data based on their findings; however, before you let them launch off into their experiments - explain the following sections and explain your expectations. 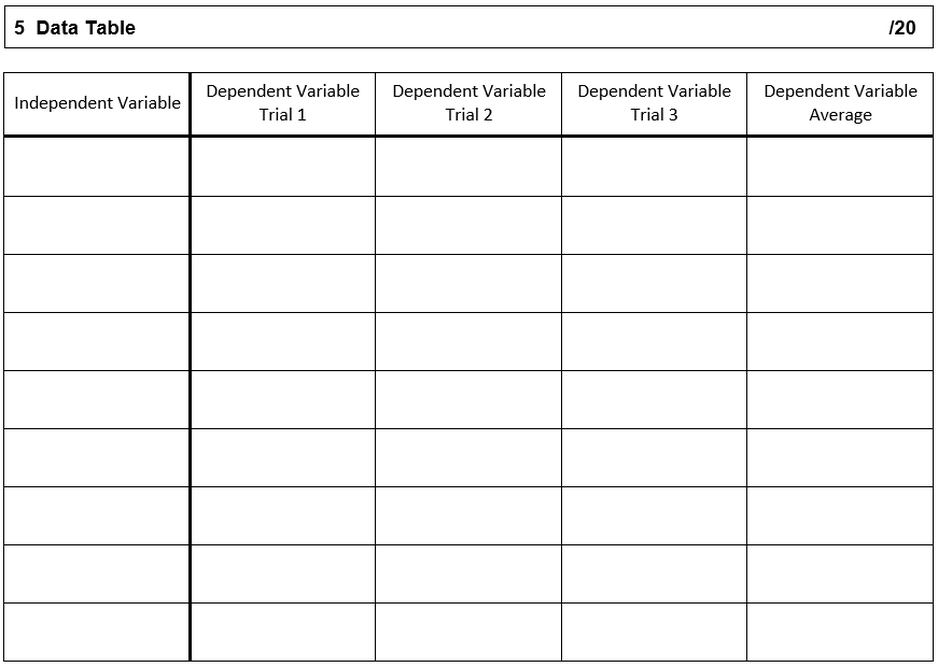 How to set up the data table: 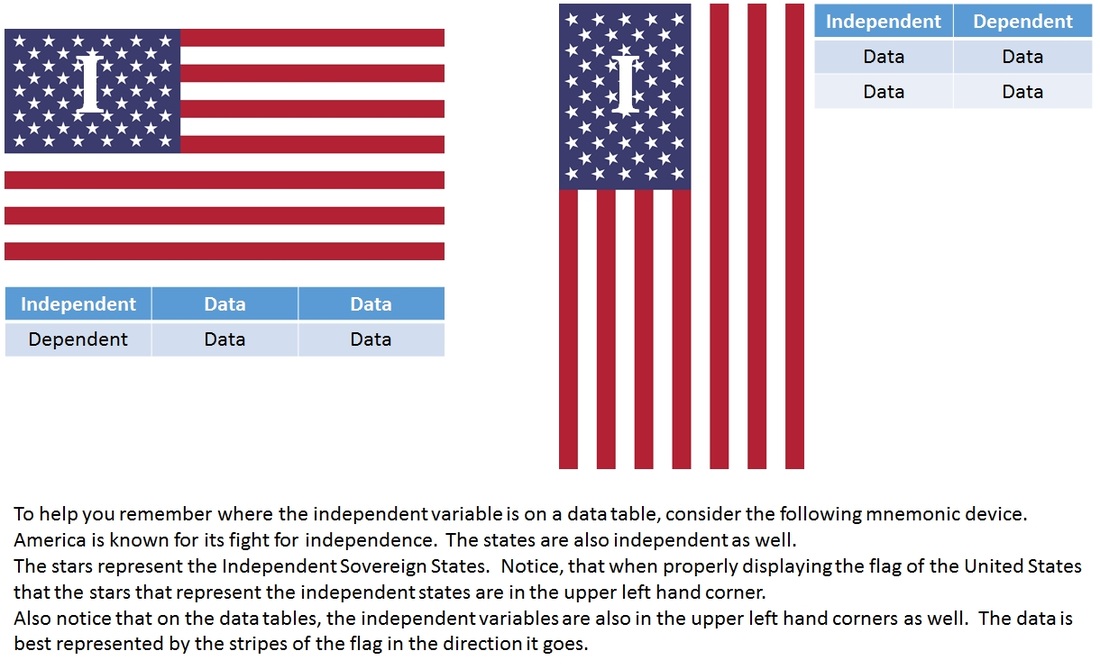 How to determine what graph to use:

The title of the graph is simply the revised question without the word does.  i.e. How height affects the number of drops.

On the X axis is the independent variable - in the class example - it would be "Height" complete with a scale.

On the Y axis is the dependent variable - in the class example it would be "No. of Drops" complete with a scale.

To develop a scale, look at the range of your data and divide it by the number of lines you wish to use.  Find what multiple comes the closest with the range you're using.


If your range of data for the independent variable is from 0 - 50 and the number of lines available is 25, then use the multiples of 2.

Make sure that the numbers are aligned ON THE LINE and NOT BETWEEN THE LINES. 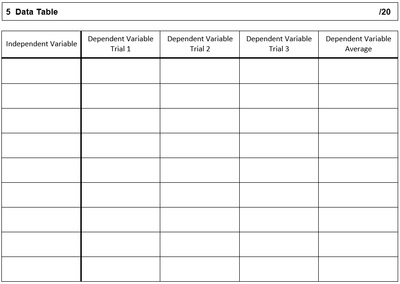 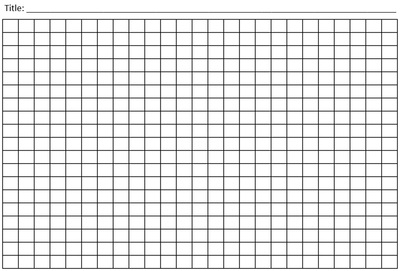 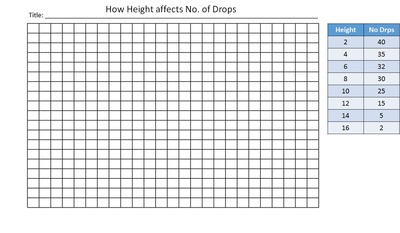 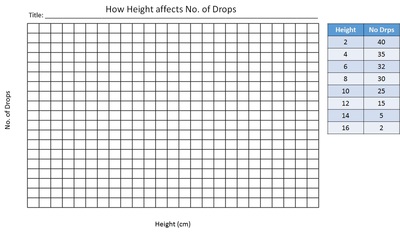 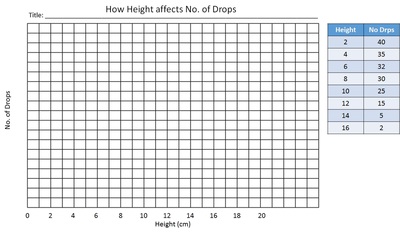 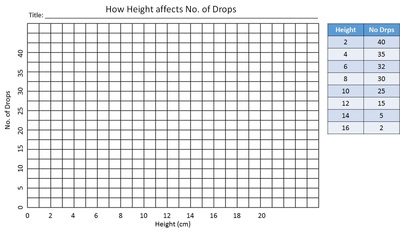 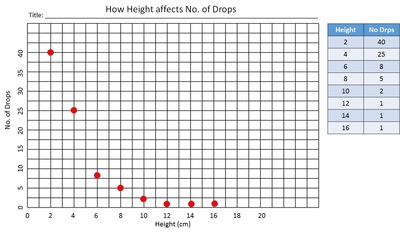 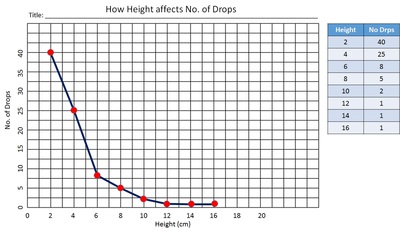 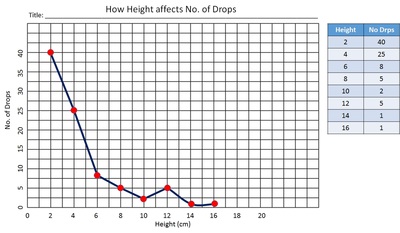 
Final Concluding statements
o    Conclusion 1:
§  Does the data support or reject your original hypothesis?
o    Conclusion 2:
§  Explain the “why” behind the phenomenon that you witnessed and provide the reasoning to support why your hypothesis is correct or incorrect.
§  Use your findings to give deeper insights in your research.


Next Steps:
o    How can we apply what you learned to help explain other phenomenon?
o    What new questions did you have based on your findings & observations?
o    What is the next step in your research

In our experiment, we were examining how height affects the ability of a penny to hold drops of water.  To test this out, we took a dropper of water and dropped it on the penny at various heights - starting with 2 cm all the way up to 16 cm in height.

What we noticed was that as we increased the height of the dropper - the amount of drops the penny was able to hold went significantly down - fairly quickly, and seemed to minimize around 12 drops.  We also noticed that as we increased our height that the drops seemed to splatter on the penny instead of being absorbed by a dome of water.  In fact, we noticed that there was no dome formation as we increased our height.  We did notice that we had a blip in the graph near 12 cm in height.  We're not sure why we got 5 drops when we dropped it at 12 cm - it could be perhaps Johnny was forming smaller drops somehow.

What this shows us is that our hypothesis is so far correct - in that as you decrease height the number of drops increases - therefore, height does affect the number of drops a penny can hold.  In fact, the higher the dropper is, the less drops the penny can hold.  We think it might have something to do with the level of energy and speed of the drop upon impact.  We feel that as the drop is descending from the dropper, it picks up speed.  Therefore, the higher the dropper, the faster the drop goes.  What we'd like to investigate next is to see if a drop of water does accelerate as it falls towards the ground before impact and to measure that rate of acceleration.