Question: Which Direction does heat flow?

Does heat flow from hot to cold things or from cold to hot things?  Or, does it flow both ways?

When I ask this very question to my students, most all of them invariably say both ways.  It is then that I share the following story.

A very wealthy man was walking the streets of Downtown Provo - when he happens to come by a poor homeless man.  Feeling compassion to the other fellow - he gives the homeless man some money to help him out.

Poor and Cold are relative terms.  In fact, I'd even dare say that there really isn't such a thing as cold - but rather something that lacks heat.

The three ways for heat to transfer: 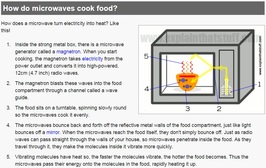