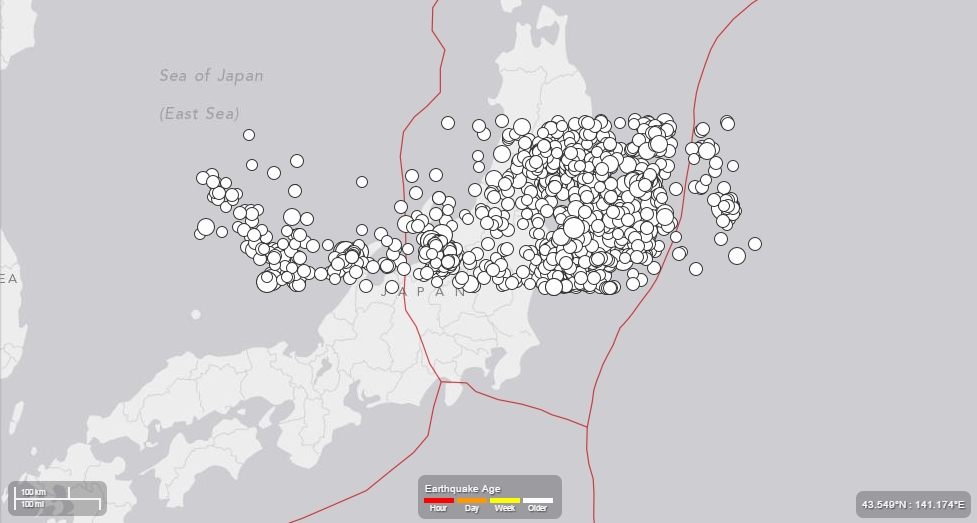 Above is the entire list of epicenter data as seen from a map.  Below, is the map with the average of each half degree longitude.

Graphing the depths of the earthquakes

Bonus: Plot the large 9.0 earthquake.
The coordinates for the earthquake below the epicenter is: 142.3°East & -29 km down 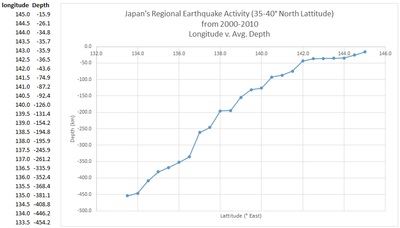 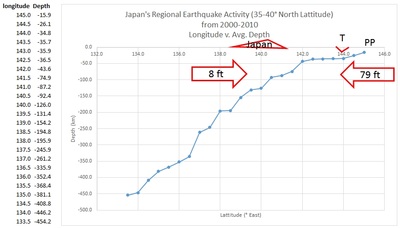 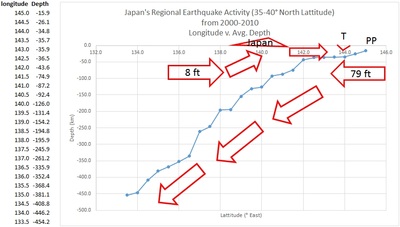 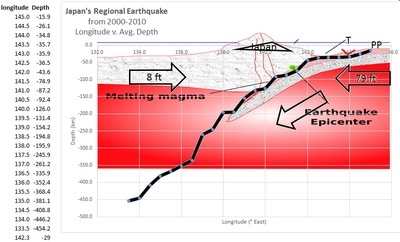 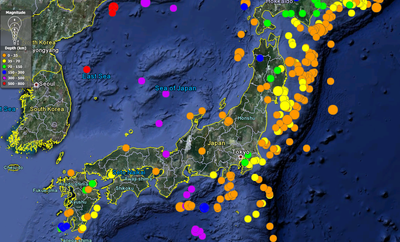 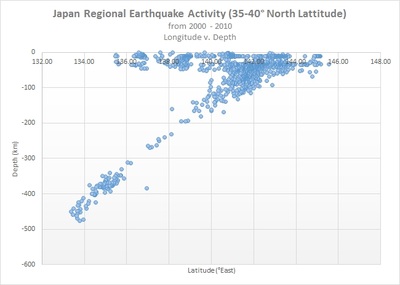 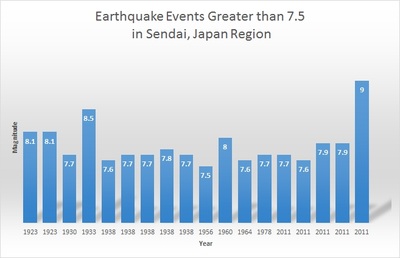 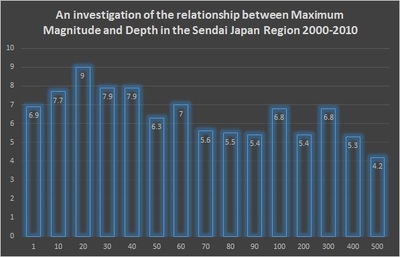 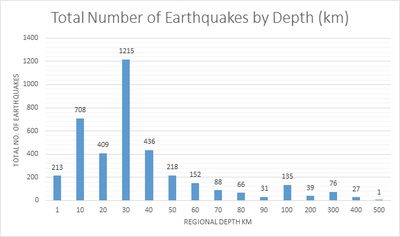 What happens deep down underground during an earthquake is very similar to this "Concrete Compression Test" done in a geo-technical engineering lab.  In this laboratory experiment, cement is compressed by a machine to examine the strength of the cement as it undergoes immense forces from top to bottom.  Notice how this cement, once it hits its maximum capacity - literally breaks apart.  For the trained eye, you may notice that it faults in a diagonal way much like a normal fault tends to break in a diagonal fashion as the rock undergoes compression from above and relaxation on the sides.

But notice the large amount of energy released once the forces overcome the strength of the material.  Rocks deep below do much the same thing.  Once the rock breaks and shatters deep underground, the ground slips and moves ruggedly to its new destination down the fault line.  When that happens, seismic waves propagate outward throughout the earth.  When the waves hit the surface, the ground rumbles in response. 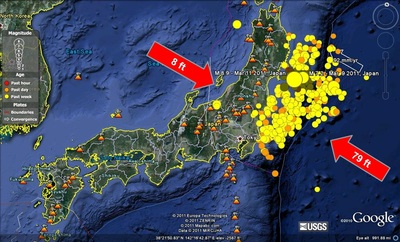 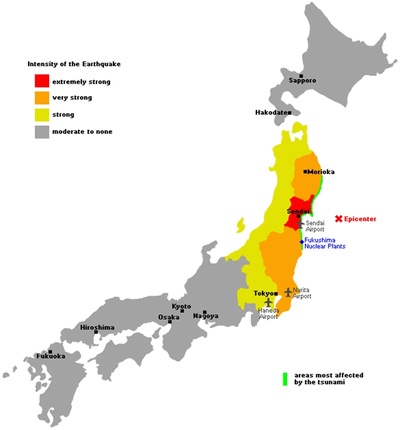 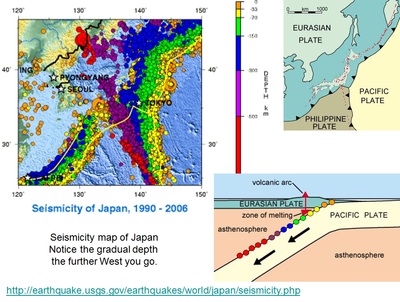