describing how large an earthquake was

To describe how large an earthquake was, there is always a qualitative observation approach and a quantitative approach.  Using the Mercalli Intensity scale is the qualitative observation approach and the Richter Scale and the Moment Magnitude scale are the quantitative approach.  The latter two use seismographs to interpret the amount of shaking involved - then computed to describe the amount of shaking.

One way to describe the destruction cause by earthquakes it to use what is called the Modified Mercalli Intensity Scale.  This methodology was developed in 1931 by two American Seismologists Harry Wood and Frank Neumann.

Using Roman Numerals, each increase describes the level of damage from the shaking felt.  It is not mathematically based, but instead it is based on observational effects & severity.

The lower numbers of the intensity scale generally deal with the manner in which the earthquake is felt by people.

The higher numbers of the scale are based on observed structural damage.

The following is an abbreviated description of the levels of Modified Mercalli intensity. 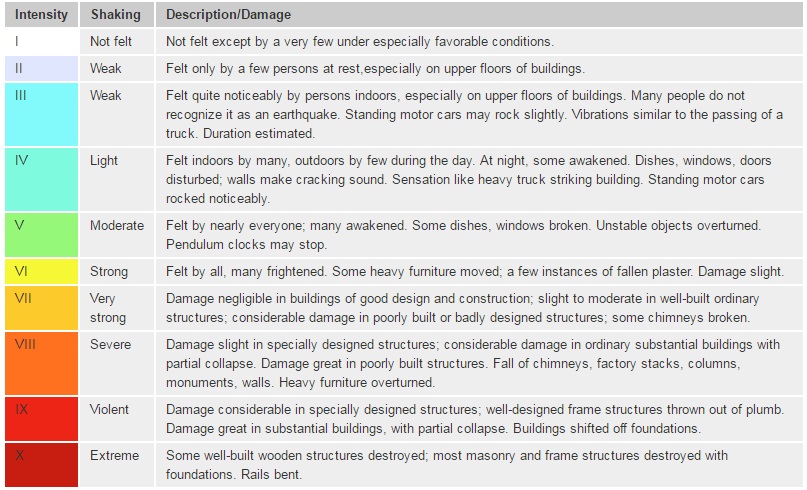 The Basics of Interpreting a Seismograph

When an earthquake happens, elastic potential energy overcomes the frictional forces and is converted to kinetic energy once the fault breaks and slips.  When that happens, large seismic waves are propagated outwards from its source from across the surface and deep underground, and even through the earth.  Geologists use a Seismometer to pick up and sense the Seismic waves that are generated as a result.  Below are the seismographs and modern seismometers.  Modern seismometers are electronic that can then be relayed to computers to keep track of any earthquake activities. 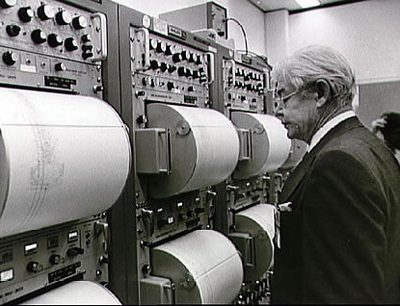 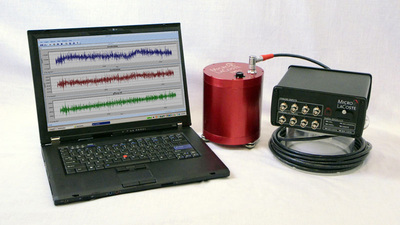 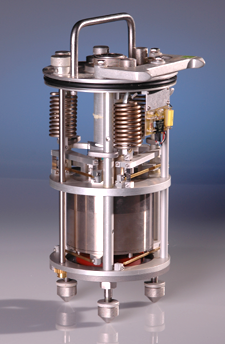 How older seismographs worked was by a mass that stayed put while the rest of the machine moved up and down.  The resulting scribble is the wave the traveled through the rocky material the seismometer sat upon.

A seismometer is a device that picks up wave activity from the earth.  It's much like a microphone that we put on the ground.  A microphone senses waves from sounds generated - and the microphone converts the waves into an electrical pulse that computers can register.  Seismometers also pick up wave activity from deep underground - called seismic waves.  These instruments sense it and convert it to a seismograph as seen below.
A seismographs x axis is time, and the y axis is the height of the amplitude of the wave as it moved through the rocky material the seismometer was sitting in.  The basic components of a seismic wave on a seismograph is the distanc 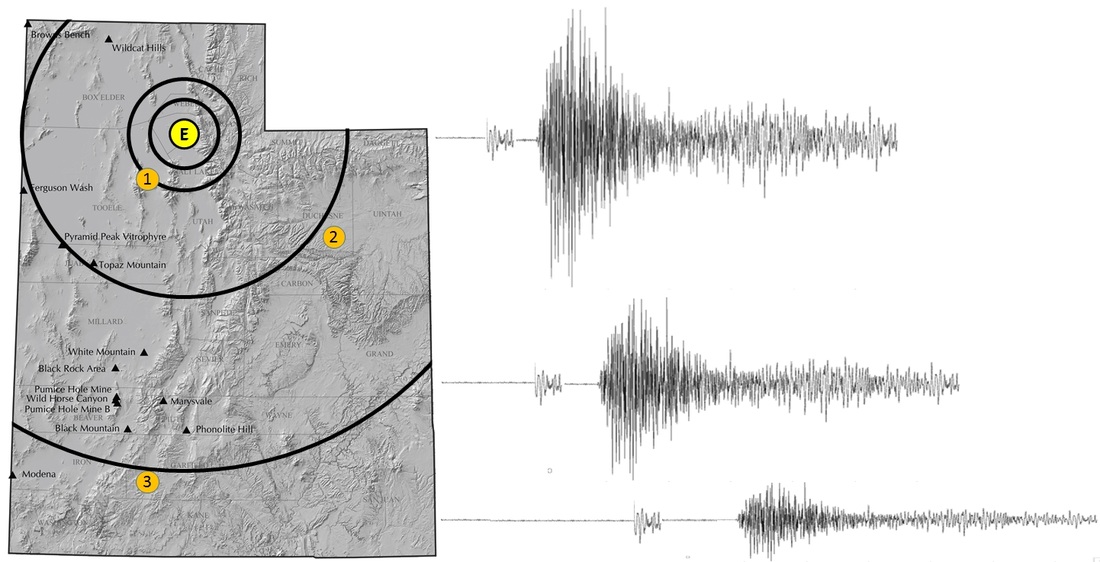 The amplitude of the wave can also be large or small based on the material the seismometer is placed in.  Bedrock, during an earthquake, doesn't shake as much as sandy or clay soils.  Sandy and clay soils tend to magnify the waves as it propagates through the loose material - to whereas solid bed rock tends to minimize the earthquake.

Here is more information on how to interpret and analyze a seismograph from IRIS.

The Moment magnitude & why we no longer use the richter scale

The main reason why we use the moment magnitude scale and no longer use the Richter Scale is:For more information go to:

More on how to interpret a seismograph